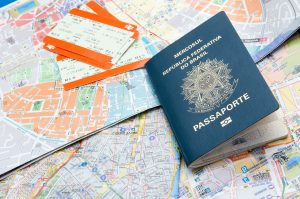 Low-income immigrants are at greater risk of deportation starting Monday

Starting Monday, low-income immigrants who are on public benefits— or will one day need them— will be denied a visa or green card, despite having entered the U.S. legally.

The Trump administration’s new “public charge rule” — which favors wealthier immigrants seeking permanent status and puts the poor at a disadvantage, analysts and scholars say— will keep people who need food stamps, housing vouchers, Supplemental Social Security Income and Medicaid from getting their green cards because they’d be considered a financial burden to the U.S.

Starting Feb, 24, a family of four would have to make twice as much money —$60,000— to be in the clear, compared to the government’s previous income threshold of about $32,000, according to the United States Citizenship and Immigration Services.

Asylees, refugees, trafficking victims and victims of domestic violence are all exempt from the public charge rule. Also exempt: individuals granted relief under the Cuban Adjustment Act, the Nicaraguan and Central American Relief Act, and the Haitian Refugee Immigration Fairness Act, as well as those part of the Medicare Part D low-income program subsidy. Pregnant women or children under 21 are also exempt.

Those at the greatest risk of being deemed a “public charge” are individuals seeking to adjust the status of their green cards via a spouse or family petition, new arrivals who don’t have an avenue to gain permanent residency, and those under Temporary Protected Status.

Citizenship applications are not subject to the “public charge” regulation.

Last fall, the Trump Administration issued a proposed regulation to make drastic changes to this longstanding public charge test. More than a quarter-million people spoke out against the regulation by submitting comments. Despite the comments, the government went ahead and published a final rule last summer.

Immigration advocates stepped in and filed multiple lawsuits in courts across the country. Those lawsuits resulted in five preliminary injunctions that temporarily prevented the implementation of the regulation. The administration appealed in every case and starting on Monday, the regulation will go into effect.

Though the process has always weighed factors such as income, education, health status, and skills, under the new rule, USCIS will consider whether applicants have received public assistance for more than a year within the previous three years in order to determine if the applicant can gain legal status.

If the government foresees that a new applicant will one day need government assistance in order to survive, the application will be denied and the applicant can be thrown into removal proceedings, according to the new rule.

Avoiding removal proceedings will be solely dependent on whether or not a USCIS officer decides to grant a discretionary bond.

If the immigrant applies for the bond, and at the end doesn’t get accepted, that money is lost. If they are granted a green card then the money is returned.

“The bond is completely discretionary and there’s no guarantee to get it back,” said Adonia Simpson, the director of the family defense program at American for Immigrant Justice, a Florida non-profit legal aid organization. “The entire rule is discriminatory.”

Simpson added: “People can’t afford to go through the process, and the process is so intricate that fewer and fewer people are going to be able to go through it without an attorney. They will turn to people who aren’t lawyers so we anticipate a lot more fraud. “

Federal officials said the rule will “better ensure that aliens seeking to enter and remain in the United States — either temporarily or permanently — are self-sufficient and rely on their own capabilities and the resources of family members, sponsors, and private organizations rather than on public resources.”

According to the American Immigration Council, there were about 4.1 million people who were non-citizens living in Florida in 2017, and 26 percent of them— about 1.2 million — have used some type of health care, food, housing or government cash-support benefit.

Migrants currently make up a small percentage of those who get public benefits, mainly because many are ineligible from the start because of their immigration status. However, analysts say the new rule is more likely to have a direct impact on people who wouldn’t be targeted at all.

“At its core, the public charge regulation is an attack on immigrant families with low incomes and an attempt to fundamentally alter our immigration system,” said Madison Allen, a senior policy analyst, and attorney at the Center for Law and Social Policy. “The regulation also will — and already has —made immigrants more fearful of receiving critical supports like health care and nutrition programs that help working families thrive and remain productive.”

But the consequences are serious, even for people who wouldn’t be considered a public charge under the law.

Experts say the new regulation is expected to have a significant “chilling effect” on people who don’t actually fall into the categories because they think they would be at risk of being a public charge when they’re actually not.

“We’ve already seen this chilling effect,” Childers said. “People who aren’t subject to the public charge rule are scared that if they apply for benefits, it could affect their status. Others are afraid that reapplying or renewing their benefits would jeopardize them.”

Florida is projected to be among the states that will be hardest hit, where the new rule’s chilling effect could lead to more than 100,000 U.S.-born children with an immigrant parent losing access to health insurance and over 82,000 losing access to SNAP benefits.

Out of those 100,000, 29,000 are expected to be dis-enrolled from their healthcare benefits by their parents in Miami-Dade out of fear; 15,000 in Broward and 11,000 in Palm Beach, according to Matt Childers, the director of research and policy at the Florida Health Justice Project.

Childers added that 24,000 children will be expected to be dis-enrolled from receiving food stamps by their fearful parents in Miami-Dade; 9,000 will be impacted in Broward and another 9,000 in Palm Beach.

Under the rule, when an individual seeks admission to the country or adjustment of status after the applicant fills out the application— a form that takes about 4.5 hours to complete— immigration officials will look at a set of factors to decide if he or she should be denied as being likely to become a public charge.

According to the Migration Policy Institute, the most recent data shows that in 2018 there were more than 2,051,000 people seeking green cards in the U.S.

A person needs five negative factors in order to be labeled as a public charge.

“Most applicants would fall into a gray area with some positive and some negative factors, underscoring how discretionary the process may be,” the research report says.

Monique O. Madan covers immigration and enterprise; she previously covered breaking news and local government. Her work has appeared in The New York Times, The Boston Globe, The Boston Herald, and The Dallas Morning News. She is currently a Reveal Fellow at the Center for Investigative Reporting. She graduated from Miami Dade College and Emerson College in Boston. A note to tipsters: If you want to send Monique confidential information, her email and mailbox are open. The address is 3511 NW 91st Ave, Doral, FL 33172. You can also direct message her on social media and she’ll provide encrypted Signal details. 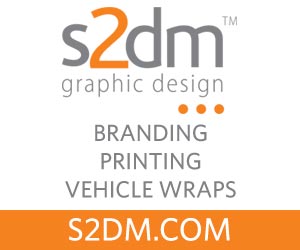 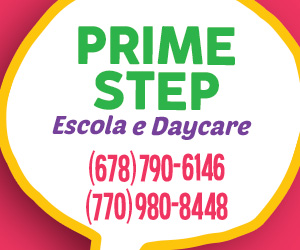